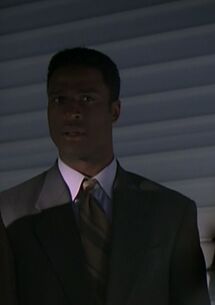 Willie is a Centre sweeper. He is portrayed by Willie Gault.

He has been a sweeper of The Centre for many of years and is a loyal follower of Mr. Raines. He is compulsive and efficient, seems to be humorless, and can kill without emotion. When Mr. Raines was shot in Boston (in the first season finale), it was Willie who ran to him and put out the fire that was scorching Raines's clothing and body (while Miss Parker, Sydney and Broots stood by, watched, and offered no assistance). Willie is Mr. Raines' protégé, and as such often puts himself in the forefront of altercations between Jarod and Centre operatives, hoping to make a good impression on Raines. When Miss Parker and Sam once captured Jarod (in the Stolen episode). for example, Willie moved in to take over, and attempted to "hood" Jarod. Panicked, Jarod fought back ferociously and was able to kick Willie away from him. Willie's attempts to shoot Jarod were then interfered with by Sydney. Willie was also on hand in the Amnesia and Bloodlines episodes, nearby while Jarod was captured or nearly captured.

Retrieved from "https://pretender.fandom.com/wiki/Willie_the_Sweeper?oldid=7237"
Community content is available under CC-BY-SA unless otherwise noted.