The Inner Sense (Part 1) is the nineteenth episode of the fourth season of The Pretender which first aired May 13, 2000 on NBC in the United States.

The is part one of what would be two-part series finale.

Jarod is in a hot tub with Zoe from Road Trip. They discuss taking a vacation together and Zoe says she is in remission. Then Jarod gets a video call so he steps out to go to the computer. His father Major Charles says the boy (the Gemini clone) is fine, and that they have been searching for Jarod for a year. Major Charles has found Jarod's sister Emily, who is a reporter for the Philadelphia Examiner, and he asks Jarod to go get her so they can reunite. Jarod agrees and Zoe says that she understands the need to postpone their vacation.

Jarod goes to meet Emily, only to find that she has been pushed out the window of the Examiner building and is seriously injured. He introduces himself as her brother and escorts her to the hospital. He pretends to be an FBI agent to investigate who tried to kill her and what stories she was working on before the attack. He finds photos of a man that Emily has been following lately, who hears voices in his head. She wrote "my brother?" on them.

Meanwhile at the Centre, Miss Parker starts to tell Lyle about Catherine Parker's grave being empty, but then she sees a file for Project Mirage in his office and becomes suspicious. She leaves, then Lyle calls someone, saying that his sister knows about the empty grave. Miss Parker discusses the situation with Broots and Sydney, who discourages her from investigating Mirage anymore.

Lyle calls Mr. Parker and tells him about Mr. Raines meeting with Triumvirate people from Africa. Mr. Parker wants to make sure his daughter does not find out about Project Mirage.

Miss Parker, Sydney, and Broots go down to SL-18 where Mr. Raines performed the autopsy on Catherine Parker, and they watch a video trying to find out what happened to the body.

Jarod learns that the man who attacked Emily was missing a thumb, so he knows that it was Lyle. Fearing that Lyle will return to finish the job, Jarod gets the hospital to release Emily to her next of kin, Major Charles, and they take her to a church where she can safely recover. Lyle just misses them escaping the hospital in an ambulance.

Miss Parker confronts Mr. Raines about the empty grave, then she and Broots follow him to a house in the woods where Raines apparently lives. He goes to burn a large pile of records as they watch from a hiding place. After he leaves, they investigate the house and find children's artwork signed Ethan. Broots finds two DSA discs along with a St. Christopher medal. Back at the Centre, Broots shows Miss Parker a video he recovered from the discs. It shows Catherine Parker at Raines's forest house months after her supposed death in the elevator. Miss Parker wonders if her mother is still alive. Unable to trust Sydney, she consults Angelo by taking him to the forest house. He says that Catherine wore the medal, and Sydney knows all the secrets.

Jarod asks Emily about the man she was investigating, and she tells him to search for a file number at NuGenesis, and an address. Jarod and Major Charles visit the address, finding plans and components for bomb-making, plus a letter addressed from the man, Ethan, to his parents the Clausens. Jarod also finds video of Ethan talking to someone on the phone about Project 7677, but also hearing voices each time there's static on the video. Ethan asks when he can go see his parents, then is told that someone is going to kill them, so he rushes out in a hurry. Jarod finds the Clausens' house, but the parents are already dead and Ethan thinks that Jarod murdered them. Jarod insists that he didn't kill them, but Ethan escapes while the police arrive.

Miss Parker confronts Sydney, who admits that he knew that Catherine Parker was alive. He says that Catherine made him promise not to tell, and he shows her an old DSA file of their last psychiatric session. Catherine told Sydney that she found out someone was going to kill her so she has decided to stage her death. She tells him about Project Mirage and makes him promise not to tell her daughter the truth. Sydney gives Catherine the St. Christopher medal. An hour later, Catherine faked her death in the elevator and Sydney never saw her again.

Major Charles hacks into NuGenesis and finds the file number that Emily gave. It's a record of the fertility clinic sending Major Charles's frozen sperm to the Centre. Comparative genetic tests were sent to an address in Blue Cove, Delaware. Jarod and Major Charles go to Mr. Raines's forest house, and Jarod finds that the place is eerily familiar, like he's been there before.

Meanwhile, Broots shows Sydney and Miss Parker another video from the forest house. A young Jarod visits the house and Catherine Parker tells him that she's pregnant with his brother. Miss Parker realizes that she shares a brother with Jarod.

Major Charles and Jarod discover the room with a birthing table. Jarod realizes that he must have a brother and it must be Ethan.

Ethan is now driving in a car with Mr. Raines who promises to take care of him now that his parents are gone. "I'm your father now."

Miss Parker: Except for this Scotch-induced earthquake rattling between my ears, I'm not sure what to believe.

Miss Parker: We do a little exploratory surgery of our own. See how remorseful our Dr. Death really is.

Miss Parker: Oh but you should! It's a regular Freaks R Us down there.

Miss Parker: But is it common knowledge that my mother's body isn't in her grave.

Angelo: Sydney knows all the secrets and lies.

Miss Parker: Then give me one good reason not to blow your Flemish brains out.

Catherine Parker: She's my gift from God. I don't know how to save her without causing her this pain.

Jarod: I have a brother. 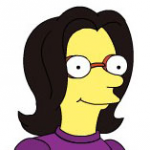