The Pretender Wiki
Start a Wiki 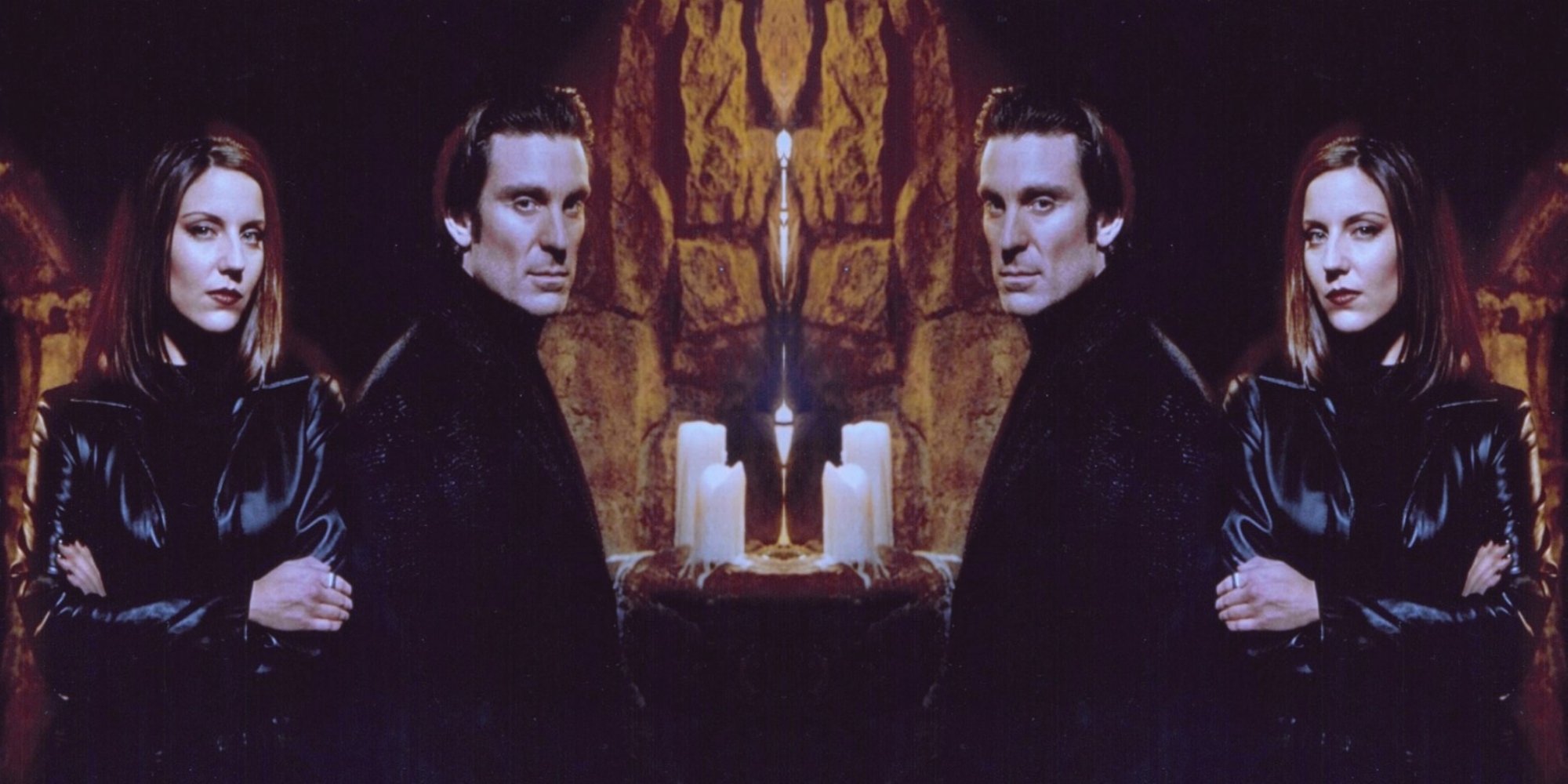 What's on your mind?

I was just rewatching the series and in season 4 I heard Miss Parkers first name and yet I dont see it here in fandom. For anyone interested her name is Monica. We hear Raines ' priest call her by her first name, he was her date to a dance when they were teenagers and she comes across him playing basketball during an investigation with broots.

This is the place to talk about your favorite topic, to share news, theories, ideas, and to connect with others. The content from your Forum has been converted to Discussions posts, so nothing has been lost.

To learn more about what you can do here, check out community.wikia.com/wiki/Help:Discussions

If you're an admin on this community, read more about how you can customize your Discussions and set up guidelines for contributors: community.wikia.com/wiki/Help:Admin_and_Moderator_Tools_in_Discussions

Why is there a menu item for features that points to a deleted page?
(edited by Miss Parker)

An admin (I assume i still have this or has the overthrow been made absolute?) should be able to edit, even if you want to restrict edits by regular users. What is the justification for locking the page so strictly that an admin can't edit? I would also like to know how Wanderer is still sysops/bureaucrat when he/she does not contribute much to the wiki.

I thought I let you know that Policies and Guidelines are being build you all should check what already listed. Christy started it and I am helping. So please go by the rules and don't ignore them.

As the second Pretender novel Saving Luke now out, how many of us Fans in USA got read the first book. The reason I state this because I think Steve and Criag should have maybe found another way to sale them other than on Amazon or Barnes & Noble (which will only sale online and mail to your home not store, don't carry in the store). The way the economy is USA for the several years hasn't help in some area in the US and with hackers online that been happing to store not too recently. I for one want to buy at Book store not online. I prefer a book over eBook. I have some friend don't purchase anything online who are fans.

It looks like our Mr. Broots's actor Jon Gries will be on criminal minds episode The Road Home that will be airing on CBS on January 22, 2014.

Centre Annex Wiki is proud to be the host of the newest activity for fans of The Pretender!

Continue reading below to learn more about the Shorty Awards activity.

2014 has come and you’ve got a few minutes to spare? Here’s your chance to do something to give back to the creators/actors from The Pretender! It’s as simple as sending a Tweet!

The Shorty Awards are for the best in social media, but for now we will focus our efforts on Twitter, as it is simple.

Since Twitter users can be nominated, The Pretender fans now have a chance (that we didn’t have before) to show our tP family of stars who are on Twitter that, for one, we appreciate their presence there and two, we want the rest of the world to see how awesome they are.

Each person only needs to send one Tweet to submit a nomination in any category.

After you ensure your nomination is showing up (by checking the official ShortyAwards website in the page for the nominee  - it may take a while to show up) then the best you can do is promote the nominee link so others can tweet a nomination to add to the votes.

If we can manage to get our fave tP peeps in the top 4, then the judging panel will have a tP personality among the finalists as they decide on the winner - however this only applies if the nominee fills out their profile at the Shorty Awards site. If the nominee does not fill out a profile, then they can only win an award if they get the most votes/nominations, called the vox populi award.

Feel free to visit the official Shorty Awards site for all the details and most importantly the rules: http://shortyawards.com/rules

Here are some sample Tweets (140 characters is the max) you can send directly from Twitter, to submit your nominations:

I nominate @PretenderSteve for a Shorty Award in #celebrity because he appreciates The Pretender fans.

I nominate @CraigVanSickle1 for a Shorty Award in #celebrity because he is awesome.

I nominate @TheAndreaParker for a Shorty Award in #celebrity because she luvs her peeps.

I nominate @TheAndreaParker for a Shorty Award in #actress because she is amazing in all her roles.

(Notice the use of the Twitter username and the hashtag for the category.)

The cool thing about submitting your nominations directly at the official site is you get a chance to pick up buttons like the one shown below so that you can share around the web to spread the word and get more nominations:

Here are some direct links to tP cast/crew who have already gotten a few nominations so they have an official page at the Shorty Awards website:

You can see the most recent nominations for these three at their Shorty Award pages and also submit a nomination for them by choosing the appropriate category and adding a reason then clicking "Tweet my nomination" directly on each page.

Questions, comments, suggestions? Feel free to send up a flare at the usual tP sites…or at my talk page and someone will respond.

We've been invited to be the official "host" of the "Shorty Awards campaign", to get fans to nominate Craig, Steve and Andrea for Shorty Awards. Message me or reply to any of the current posts on FB or Twitter for details.

The wiki is now an official Data Annex site. Kudos belong to all who worked on it from the beginning or stuck by it and didn't give up on it, and to Christy for adopting it when it needed adoption. The creators have given it a stamp of approval. Be proud!

There is no visible code that I can edit so Christy, I guess this is your thing: the template needs to be edited and I posted a message on the talk page describing the issue.

I thought I left a message for you about the Pretender wikia and considering a Data Annex application however I cannot seem to find the message so I am re-posting to let you know that there is an application you can fill out if you want to be the liaison person for the Data Annex designation of the wikia.

Being designated an annex can only help the Wikia grow and it is part of showing support for The Pretender. If you do not want to be the liaison person, or do not respond by Monday 2nd September, I will go ahead and submit the application and anytime you want to join in the process, feel free to let me know.

If the application is approved by Steve and Craig, the wikia will have a badge to display that designates it an official Centre Data Annex which would be pretty cool....I don't know too many TV wikias that have an official stamp of approval from the creators of the show, fingers crossed that we get it.

Hello fans or anyone read this,

The creator of The Pretender needs our help.

TOMORROW AT 1 PM LOS ANGELES TIME WE WILL TELL YOU HOW AND WHERE YOU NEED TO GO TO HELP US MAKE A HUGE DECISION.

Please feel free to shares this information for other who might want add to those if they speak and understand this languages.

It fun what us the Pretender fan create, I seen resources a pretender information website for added. PretenderPedia is the name. It a shame that not many Pretender website last a decade or so.

This message is for Pretender fans interested in a super secret project- deadline August 31st. The information is being shared in a private group on Facebook, however it can also emailed. If you are interested in participating and are not on Facebook check the FrustratedTpFans group where a message has been posted about the project. If you are following any The Pretender related twitter accounts (linked below) or are on Tumblr, you can message them to ask for information and you will be contacted with the details.

I read the latest info and I wanna scream! (You can't hear me but I'm screaming! OMG...I'm HAPYYYYYYYYYYYYYYY. But, I'm kinda nervous, caz, I've had this experience with some tv show: sth is very good and after a period of time they bring it back, it's just not the same. Everyone has grown older and...Idk...I don't wanna be negative, just positive, still...aaaaaaaaadkjlafhd, nevermind :) <33333333

As you all know this is the only Pretender wiki in the wikia which is english. It's been recently brought to my attention that another Pretender wiki was created awhile ago by in a different language via this website address http://eu.pretender.wikia.com. So I was wondering what to what you think about.

Help us grow The Pretender Wiki 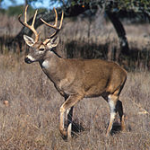 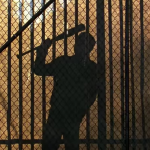